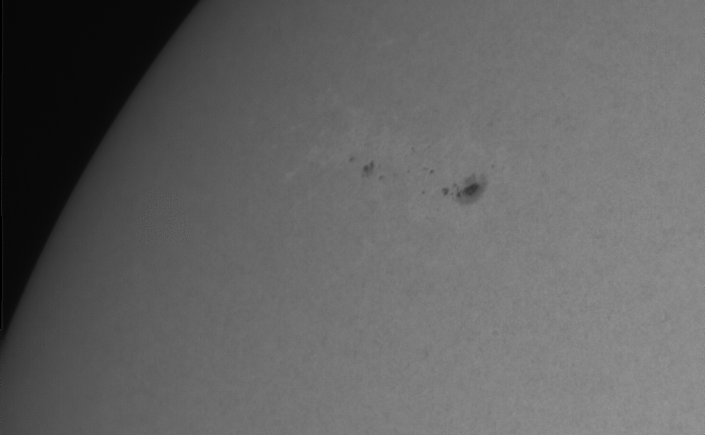 Even though we’re approaching the minimum of the current solar cycle, occasional sunspots still appear. The image was taken on 21st of April, 2018 using a Skyris 132M Camera using Baader Solar Continuum filter through an Edge HD 8”. This was the best shot out of a serious of 35 captures taken with FireCapture and stacked with AutoStakkert. Final touch ups (I had some dust on the sensor) where done with GIMP.

A lot of gear on the balcony

A bunch of accessories and the laptop running FireCapture (Windows sadly)

This site uses Akismet to reduce spam. Learn how your comment data is processed.