To update the hand control or motor controller firmware on any of your Celestron mounts, you will need the Celestron Firmware Manager. The whole process is explained on this website. Long story short, you have to download the software here:

After unzipping you end up with CFM.jar. To be able to run that you need to have Java installed. To do so on Fedora enter the following in the terminal:

The firmware manager downloads a range of files upon first start. Enough time to deal with the … 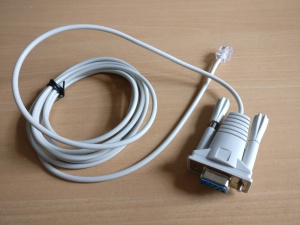 You may need a Serial-to-USB adapter as few modern mainboards still have serial ports. I can recommend the Trendnet TU-S9 USB to Serial Converter (Clicking on the image or text link will lead you to Amazon). It does not need any special drivers and works out of the box on any modern Linux distribution.

Connection to the mount 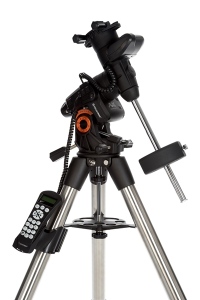 The Celestron Advanced VX mount (AVX) comes with a serial cable included so combining that with the USB-to-Serial converter and plugging it into the hand controller port labelled “GEM” is straightforward. Press the Menu and the Celestron buttons (bottom left) while turning on the mount to enter the boot-loader of the NexStar+ hand controller. Now you’re ready to update. 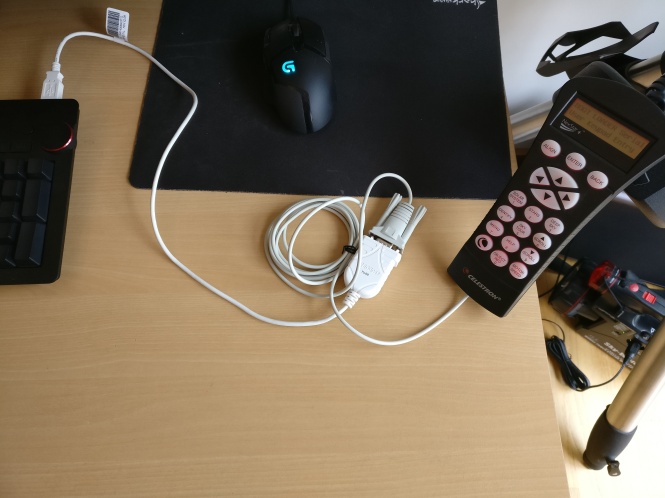 The Celestron Firmware Manager needs to be able to read from this serial device to discover it. You can solve that by adding the dialout group to your user:

You have to re-login for this to apply to your current session but you might just want to change ownership of the file (via chown) for simplicity’s reason. When starting up Celestron Firmware Manager it should now find your mount right away: 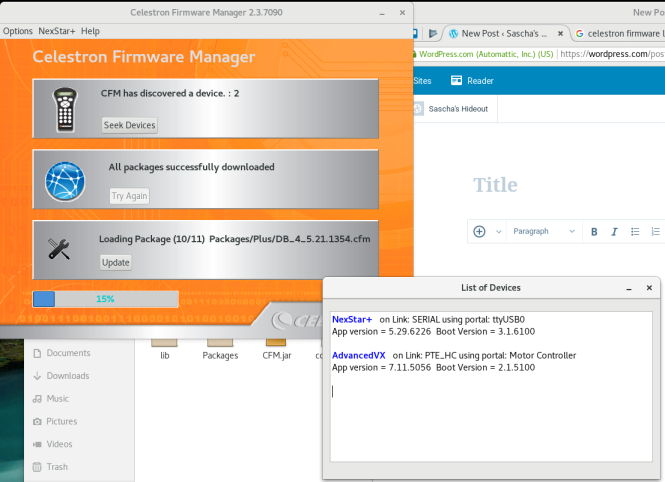 Depending on your mount type you may have to change from the default alt-azimuth to equatorial in the options menu. All that’s left is to press update and a little patience: 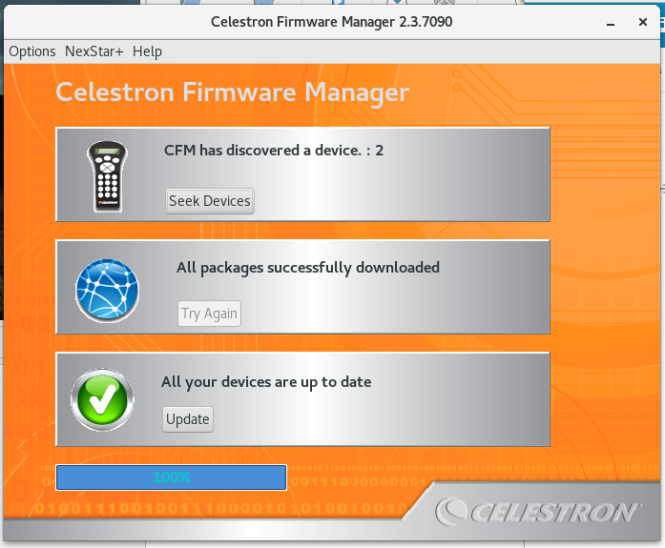 One thought on “Celestron Firmware Manager on Linux”

This site uses Akismet to reduce spam. Learn how your comment data is processed.